Blinkenlights aren’t what they used to be. Way back in the day every bit had its own light. These days you’re lucky to get a single disk activity indicator. 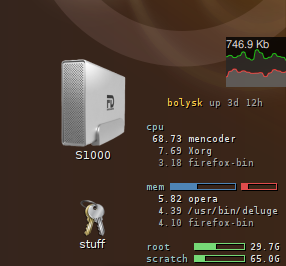 I’ve created and consumed on-screen status and diagnostic widgets (conky, etc.), but those are a poor substitute for actual flashing lights. I once built a very simple 8-LED CPU activity indicator just for laughs, but I fell in love with the feedback, so I’ve expanded on that.

I call it a “blinkentotem”. It’s a miniature supercomputer-looking gizmo separate from the PC itself. I can place these blinkenlights in clear view on my desk without having to accommodate the whole computer. 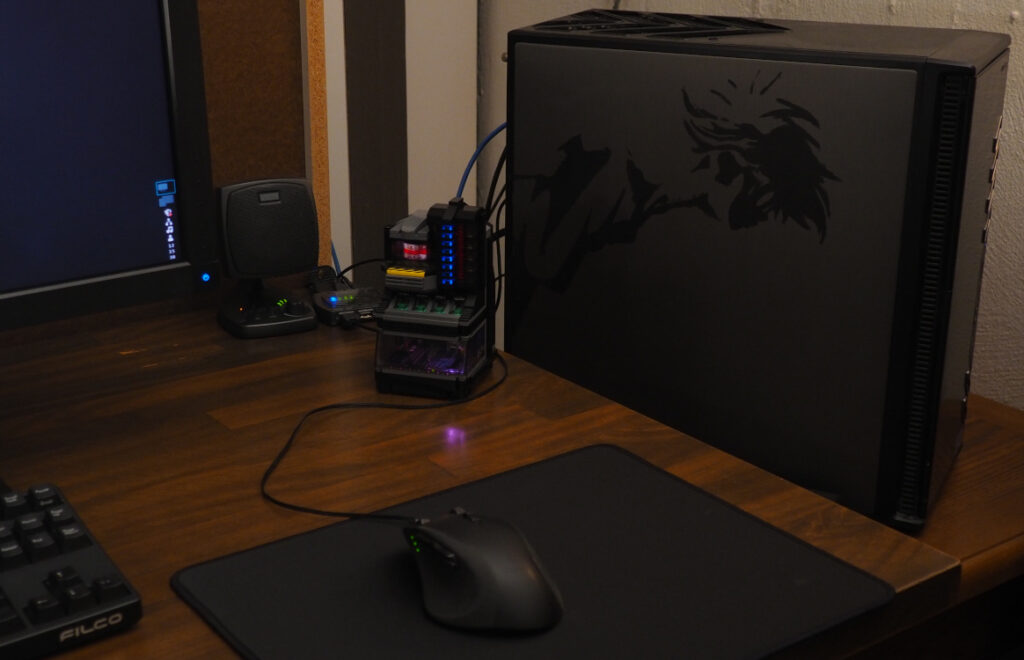 It’s built on an old Arduino Duemilanove which you can see through the windows in the base. The Duemilanove is large and difficult to hide, so I made it a design feature. This board includes a USB 232 driver, so power and communication are simple and convenient. There are LED indicators for activity on the serial port, so the blinkentotem actually has its own blinkenlights.

The light show is powered by NeoPixels. The CPU column uses a strip of 8 RGBW devices, the RAID indicators are 4 individual RGB devices, the SSD “drum” uses another 2, and the bay underneath is lit by another 2. Some have their light split by different colors of translucent Lego bricks. Blue and green bricks filter out red, and red bricks filter out blue and green, so one Pixel can deliver multiple independent indications. The orange band in the middle of the drum is fluorescent under blue light.

There is an Arduino library for controlling these devices, which is great because communicating with them isn’t trivial.

You can find the software and firmware here: https://github.com/anescient/blinkentotem

There isn’t much to say about circuitry; it’s just two strings of Pixels. In the future I may add this character display:

… but that won’t involve much more than a shift register.